A funny thing happened with my extended French 5th grader.

The usual complaining about homework (of which he has very little) resulted in shoddy work that was illegible (to me) and unacceptable (to me) because that’s just the kind of mom I am.  So I made him re-write it.

I left him to it.

Later, much later, I picked up the sheet he was working on. That’s when I noticed just how proud I am of that kid.

He re-did the work somewhat acceptably (slightly neater).  But to add some effect and to emphasize his annoyance (with the homework, we me, with the entire public school system), he bordered the entire page with insults.

He wrote all the insulting words in French. 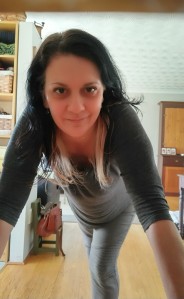